When I asked Alexander what he was making for dinner tonight, the first thing he thought of was "fajitas". Then, of course, there was the debate over chicken vs. steak. We settled on steak, and after a quick trip to the market, he was able to get started:

First, he made the marinade - he squeezed two limes: 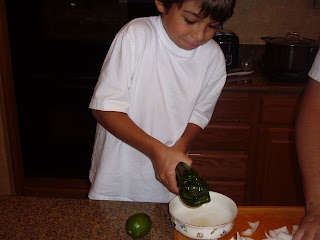 Next, salt and pepper, and Mrs. Dash Chipotle Seasoning: 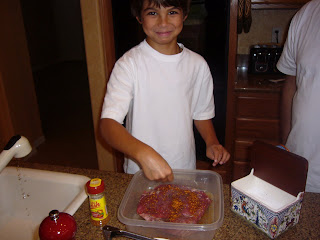 Mix it all up, and let it sit in the refrigerator while preparing the vegetables.

First, he cut up red pepper: 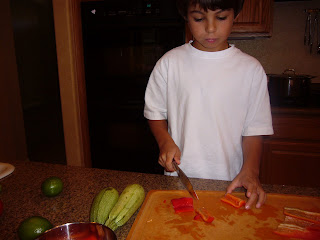 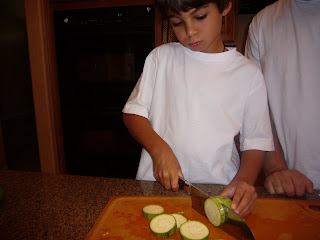 And finally, onion - this part was a little difficult, the fumes started to burn his eyes, so he let David do the work.

Now, Alexander was able to get in touch with his primal side - David let him start up the barbecue. He cooked the vegetables in a pan on the side burner, and put the meat on the grill. Then, it was ready for carving. David helped him get it started: 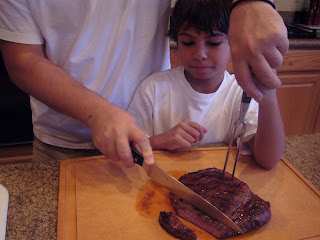 And now, it's dinnertime: It was as delicious as it looks!

We also had a side dish with it which you can read about on Thursday - so make sure to come back for Barefoot Bloggers, because it was the kids' turn to choose this weeks recipe!
Posted by Megan at 6:51 PM